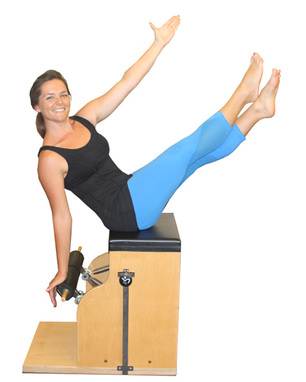 Felicity has been involved in the health and fitness industry since 2005. During that time she was a personal trainer at various boutique studios before completing a short course in Pilates in 2008. Felicity enjoyed Pilates so much that she decided to further her learning through Polestar Pilates whilst establishing her own Pilates business in Ballarat, Vic and simultaneously completing a Bachelor in Exercise Science at Federation University. Upon completion of her degree, Felicity made the decision to relocate from Victoria to the beautiful Northern Rivers region to start her journey in Osteopathy via a 5 year Master’s degree at Southern Cross University. Felicity has recently graduated as a Doctor of Osteopathy from Southern Cross University and enjoys combining Pilates and Osteopathy in her practice.

Felicity was drawn to Pilates because of its sophisticated and in depth philosophy to health and fitness. Felicity has a passion for the human body and absolutely loves passing on her skills and knowledge to others. She believes that the principles behind both Pilates & Osteopathy are somewhat similar in that the body is a single unit consisting of multiple systems that contribute to health equally, and are viewed and treated in that way. Felicity has been lucky enough to complete her Diploma in Studio and rehab Pilates under the guidance of Dav Cohen.
Favourite Quote: Be a dreamer, a doer and a believer that anything is possible.​
​
​Qualifications:
Masters in Osteopathic Medicine 2016
Osteopathy Australia Member (OA)
Bachelor in Clinical Science (double major in Human structure/function and Osteopathy) 2014
Bachelor in Exercise Science (major in Rehabilitation) 2011Pilates Alliance Australasia (PAA) - Level 1 full membership
Diploma in professional rehab & studio Pilates 2015 (Polestar)
Pilates Alliance Australasia (PAA) - Level 1 full membership
Cert IV in Pilates Matwork 2012 (Polestar)
Cert III & IV in Fitness 2005
Level 1 Pilates certificate YMCA 2007